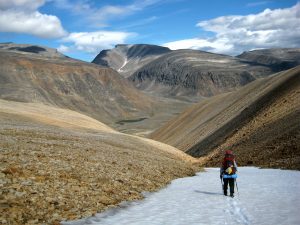 The process leading to the creation of a national park can take a few years. Several steps are necessary to ensure a project is acceptable with regards to biodiversity preservation as well as from social and economic perspectives. Firstly, the selection of park projects is based on the results of land analyses that identify potential sites in regions not yet represented in the network. Since development of the national park network is part of the Stratégie québécoise sur les aires protégées (Québec protected areas strategy), other protected areas are also taken into consideration when selecting park projects. Once an area has been selected, the Ministère creates a working group comprised of regional representatives to collect and share information, and disseminate it to the various groups of citizens affected. This allows the Ministère to integrate local knowledge into this stage of planning and to learn about the expectations of local stakeholders. Discussions held in the working group also aim to explore possibilities to ensure the project is socially acceptable. 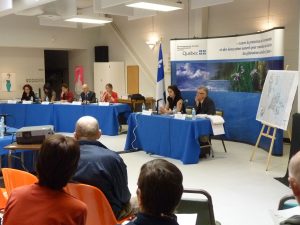 In the meantime, the Ministère collects data related to the selected area. Land inventories and documentary research are necessary to create the most complete portrait possible of the natural and cultural heritage of the places to be preserved. A provisional master plan is then created to inform the public and organizations involved of the main aspects of the park project, i.e., its boundaries, zoning and development concept. A public hearing is held at least 60 days later to collect, in the form of briefs, public opinion about the national park project. Based on the conclusions generated by this public hearing, a proposal is made to the Government to create the park. The Ministère then prepares a master plan that presents the selected proposals with regard to the perimeter, zoning, and design concept as well as the management orientations for the park, which is updated on a regular basis. Should the boundaries of the national park be modified, the Ministère holds another public consultation to collect opinions and comments from the public.