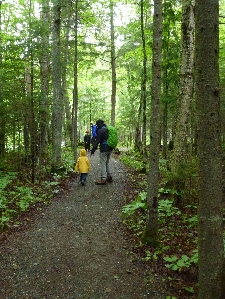 One of the mandates of the Ministry is to develop Québec’s network of national parks. To this end, the boundaries of the parc national de la Pointe-Taillon were extended on January 5, 2017, to include land that will accentuate its conservation mission. This expansion means an increase in the zones devoted to the protection of natural and landscape heritage, which went from 26 sq. km. to 65.6 sq. km. The national park now covers a 97.5 sq. km. area.

In addition, more than $1 million was distributed to Sépaq to support the completion of natural rehabilitation work in 16 national parks, including the restoration of river banks and former gravel pits.

In 2016-2017, the Ministère also revised the Parks Regulation, in particular to better attain the conservation mission of national parks. Modifications to the Regulation include revisions of the definition of each type of zone. These new definitions better reflect the preservation gradient which categorizes each national park zone so it’s easier for the public to understand.