Statistics on hunting and trapping in Québec 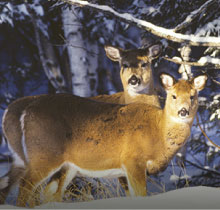 The hunting statistics presented in the following tables are a compilation of the data recorded each week for the harvest of the 2015 year. For caribou, it is the harvest for the 2014-2015 season. Final harvest results are also indicated, beginning from 1999.

Information for the current hunting season may be incomplete or occasionally contain certain irregularities. An in-depth analysis will result in the required corrections to be incorporated into a final version. For the caribou, the statistics provided reflect the winter preceding the fall season that is indicated. Certain native harvesting statistics are included in the overall data. 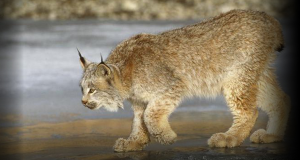 Trapping statistics report the annual number of raw pelts, by species and by furbearer management unit (UGAF), put in circulation via the fur trade control system (Fur System), managed by the Department.

In order to permit an adequate use of the information related to trapping, it is important to bear in mind that the statistics presented below are based exclusively on the reports made by trappers or hunters at the time of their raw pelt transactions.

This notice means that these statistics do not correspond to the annual harvest related to trapping for each UGAF, but rather to the quantity of pelts sold annually. For those species having both the status of furbearer and that of game (black bear, wolf, coyote, fox and raccoon) the statistics may also include hunted animals. The tables therefore present the number of pelts traded annually and recorded in the system for the period extending from September 1st to August 31st of the following year.

The data are updated occasionally, mainly for the most recent year listed.

To obtain a map location of a UGAF, click here.