The types of removable structures described in the second paragraph of section 111 must be removed from the watercourse at the end of their use, not later than 31 March following their installation or before spring freshet if it occurs before that date, so as to prevent the carrying of sediments into the watercourse and the creation of an ice jam.

The types of structures referred to in the second paragraph of section 111 are as follows:

Considering the varying climatic realities that can change from one year to another and from one region to another, any person who installs a removable structure may file a request for an exemption to the Regulation under section 40 of the Sustainable Forest Development Act with the management unit in charge

, on a different period than the one from 15 December to 31 March to install and remove removable structures.

Where log mats that are interconnected were used to stabilize the banks, they must be stable and left in place.

The granular materials used for the roadway surface near the removable structures that have been removed must be recovered over a distance of at least 20 m, measured from the upper limit of the bank and they must be deposited further than that distance. 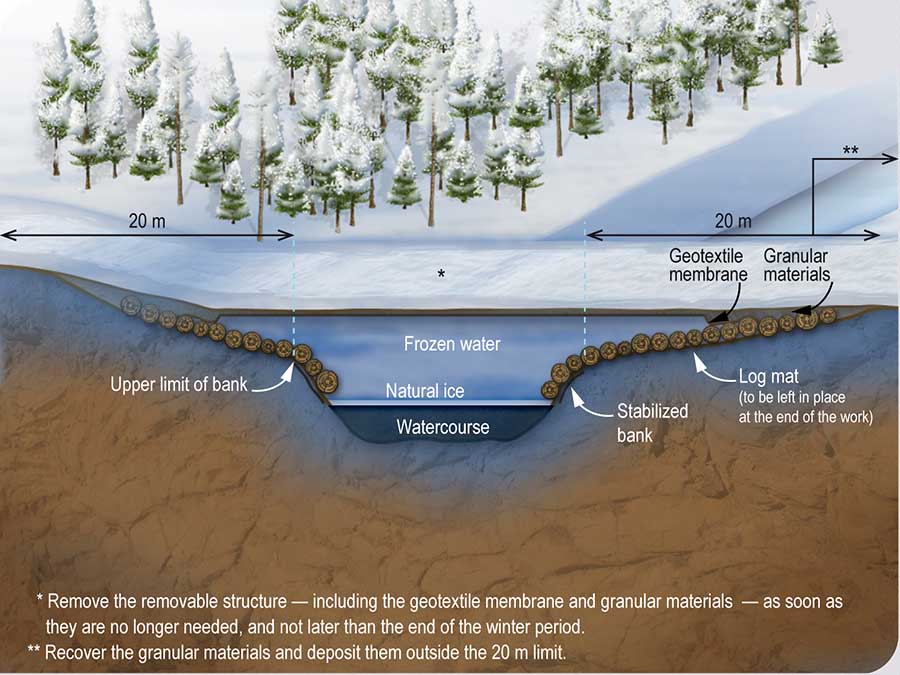