Chapter VI – Allocation of forest operations and residual forest
Division II – Special provisions applicable to the bioclimatic domains of the sugar bush and the balsam fir forest
§2. Total cutting other than block cutting

The strip of woodland must be composed of trees, shrubs or brush over 3 m in height and must be used as a visual screen and a corridor for the movement of wildlife. 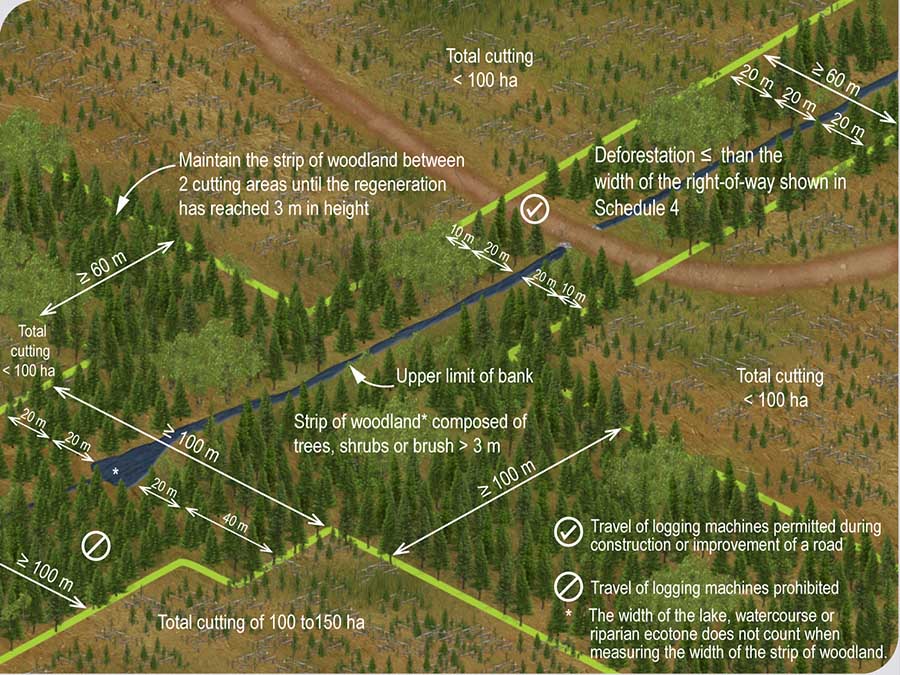 The travel of logging machines is prohibited in that strip of woodland, except during the construction or improvement of a road.