The residual forest of a block cutting must have the following characteristics:

Subsection 7
The residual forest of a block cutting must not have been the subject of a commercial harvest in the last 10 years of harvesting, unless the commercial harvest was carried out using a sylvicultural treatment referred to in the second paragraph of section 142, namely: 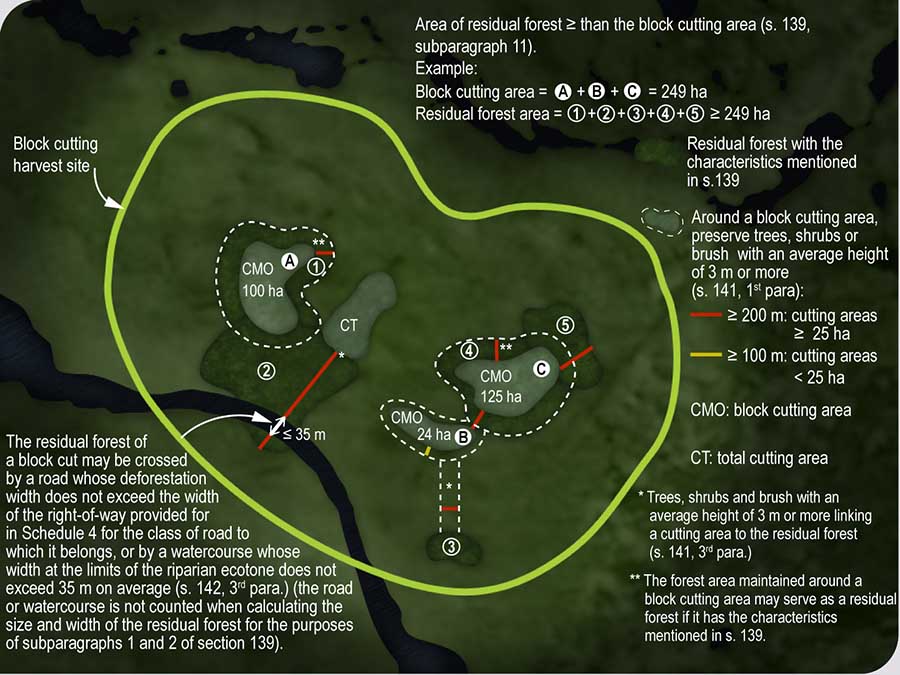